I Love Evanston in French! 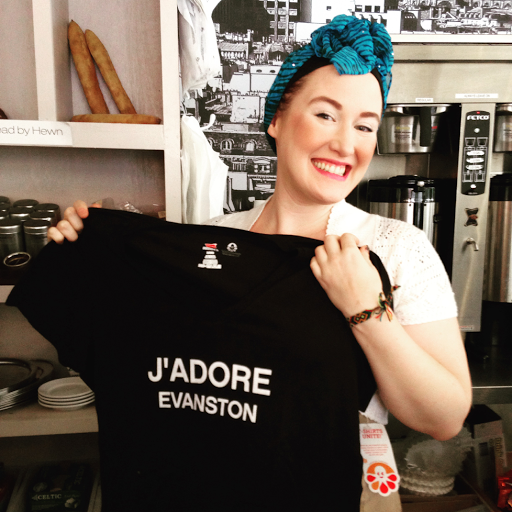 You can purchase these adorable tees at Le Patisserie Coralie at 600 Davis Street, in Evanston. Then you can show people just how much you love Evanston! J'adore Evanston means I Love Evanston, in French.

Lunch on the lake summer concerts at Northwestern

EVANSTON, Ill. --- An outdoor summer concert series that begins with fiery Spanish guitars and ends with the sultry sounds of a rhythm and blues vocalist -- along with a picturesque view of the lakefront -- will soon be luring hungry music fans to “Lunch on the Lake” on Northwestern University’s Evanston campus.

Presented by Northwestern’s School of Continuing Studies’ Summer Session, Norris University Center and the Center for Student Involvement, the noontime concerts will take place from June 25 through July 30, on the South Lawn of Norris University Center, 1999 Campus Drive. In the event of rain, the concert will be moved indoors and held on the ground floor of Norris Center.

The annual concert series is popular with Northwestern faculty, staff and students as well as Evanston and North Shore residents.

Audience members will have the option to purchase a barbecued lunch prepared outdoors by executive-level chefs from Northwestern Dining, the University’s food service provider, or they can bring their own lunch. Picnic table seating and free picnic pads are available.
The “Lunch on the Lake” outdoor menu, which will change weekly, will be served from 11:30 a.m. to 1:30 p.m. throughout the six-week summer outdoor concert season. The $7.50 full menu includes a choice of a grilled entree, two side portions and dessert, plus an additional $1 to $1.69 for a beverage. Other menu options also will be available. For more information, visitwww.dining.northwestern.edu .

2014 “Lunch on the Lake” concert dates and performers
CONSTRUCTION ALERT: Free parking after 4 p.m. will remain uninterrupted throughout summer construction in the vicinity of Norris Center. Handicapped and special access parking may be impacted. Visit the Northwestern construction page for more information at www.communication.northwestern.edu/tic/construction/.

For more information on “Lunch on the Lake,” visit www.norris.northwestern.edu/summer/, email campus-activities@northwestern.edu or call (847) 491-2301.

This summer Temperance Beer Co. is offering up daytime activities on Saturday to add something healthier to your life...below are several options to do some other than drink beer. Proceeds from each event go to support local charities; 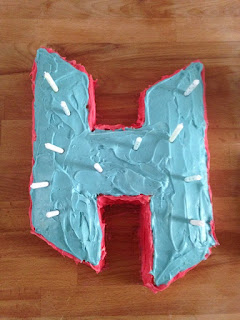 In the last two months several exciting invitations have come from projects and people I am thrilled to have said "yes" to.

The Hackstudio partners invited me to join their team as the Engagement Director where I will help kids learn to success by being who they are. In celebration my husband make me a cake of the Hackstudio logo, see photo above. Visit the website to learn more www.hackstudio.com

Then the publisher of Evanston Magazine invited me to be the Editor-at-Large of their new magazine, tasking me with covering all there is to celebrate in Evanston. And readers of this blog will know I'm really good at that because I'm in LOVE with Evanston. Visit the website to learn more evanstonmagazine.com and get your copy at Chicago-Main Newsstand on Chicago & Main Ave. 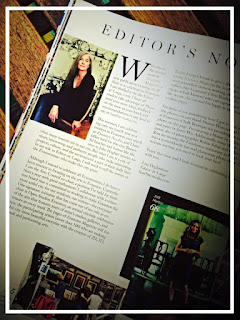 For those of you who are following the Evanston Arts Tribe I am leading, don't worry, these new projects won't derail my work in the arts. Open Studios Evanston takes place on June 4, 2016. Send ideas for a new name to openstudiosevanston@gmail.com 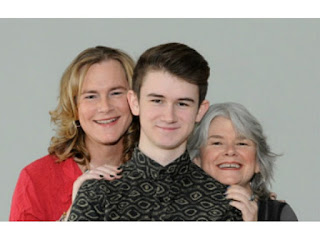 Surely Ryan Seacrest must be more than just the highest paid producer in Hollywood, he must also be trying to raise the conversation in America on transgender issues to be a conversation of acceptance and understanding given his recent television productions dealing with the reality of living through the transgender transition.

And interestingly enough, one of his projects is set in uber-liberal-Evanston, Becoming Us debuted last night in the same week the Vanity Fair "Call me Caitlyn" issue featuring Annie Liebovitz's photos of Cailtyn Jenner formerly Bruce Jenner.

“Becoming Us,” a docu-series featuring an Evanston teen and his family through transgender struggles, premieres Monday night at 8 p.m. central time on ABC Family.
The 10-episode series from Ryan Seacrest Productions features Ben Lehwald, a 17-year-old Evanston boy and his family as they go through the changes involved with his father, Charlie transitioning into a woman, Carly. The series, which will conclude this summer, will also focus on Ben’s then-girlfriend Danielle Molnar, of Libertyville, whose parent is undergoing a similar transition.

Read the full article here
Posted by The Lisa D Show at 7:17 AM No comments:

Tonight, Art in the Alley Party in Downtown Evanston! 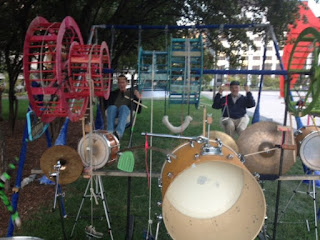 Art in the Alley After Party

Join us in Bookman's Alley behind 1712 Sherman Ave. for Art in the Alley!Take part in interactive art like Swing Set Drum Kit by Dave Ford and enjoy music and activities! Krave will be on hand selling food and beer from Smylie Brothers Brewing Company will be available for purchase.Art in the Alley is also free to attend and open to all ages.
Posted by The Lisa D Show at 3:02 PM No comments:

Made in Evanston Art Opening Tonight!

If you are photographing art and posting to social media during Open Studios Evanston,
use the hashtag #madeinevanston

Get your maps online here

Open Studios Evanston is a citywide celebration of the arts in Evanston, June 6, 12- 5p.m. Artists, arts organizations, galleries and boutiques are invited to open their studios and spaces and join the celebration. Maps and a list of participants are provided day of the event at locations throughout the city.

Preview Party & Artist Reception
Made in Evanston, the Open Studios Evanston Exhibit, will be at Noyes Cultural Center 2nd Floor Gallery will feature the work of participating artists, June 4 - July 6.The opening reception is Thursday, June 4., 6-9 p.m., with wine and live music by Donovan Mixon. Maps for Saturday’s studio tour will be distributed.

For more information email openstudiosevanston@gmail.com
Posted by The Lisa D Show at 12:41 PM No comments:

Please share with your network and send your resume to ldegliantoni@acquirent.com

This position reports to the three partners at Acquirent, a sales outsourcing company headquartered in Evanston, IL. Acquirent is a friendly and collaborative work environment best known for its morning meetings, fast-paced sales environment and accessible management team. The Sales Operations Manager is responsible for the duties below;

Scheduling/Admin
·         Take notes during meetings
·         Compose and prepare confidential reports and correspondence
·         Responsible for project management and keeping partners on track
·         Handle confidential and non-routine information applying extreme confidentiality and sensitivity in the dissemination of this information, i.e.
·         Work with CEO on community-facing initiatives
·         Support internal all-company events and assume responsibility for these events resulting in efficiency and appropriate planning, i.e. All Company meetings
·         Support members of the management team and others across the company on special and recurring projects, i.e. ACQU Training
·         Check all general phone extensions twice a week to make sure we have responded to all voicemails