The Evanston Chamber of Commerce, organizer of the 36th annual Fountain Square Art Festival, is again offering a special $100 discount for local artists for this year's event in downtown Evanston. Fest dates are Saturday and Sunday, June 27-28.

The sprawling art extravaganza is held at the intersections of Sherman and Church Streets, just steps from the eponymous Fountain Square. It's the North Shore's oldest juried fine arts fair. Over the weekend it attracts more than 40,000 visitors.

To help promote local artists, organizers are giving artists who reside in Evanston and neighboring Skokie, Lincolnwood and Wilmette a special 25 percent discount for a 10 x 10 foot booth for the weekend. The discounted cost is $300 versus the regular $400.

Interested local artists can find and download an application from the Fountain Square Art Festival general information website located at www.chicagoevents.com or by calling Joe Persfull at 773.584.6642.
Posted by The Lisa D Show at 7:48 PM 1 comment: 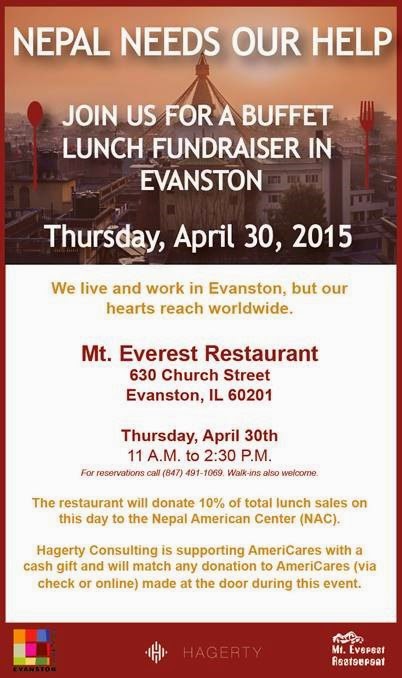 Nepali venue, Mt. Everest Restaurant, located at 630 Church Street, will host a buffet lunch fundraiser this Thursday, April 30 between 11 a.m. and 2:30 p.m. The price for a full lunch is $15.00 (plus tax and gratuity).10% of all sales that day are going to Nepal American Center.

Hagerty Consulting of Evanston is supporting AmeriCares with a cash gift and will match all donations collected that day, collected at the door. 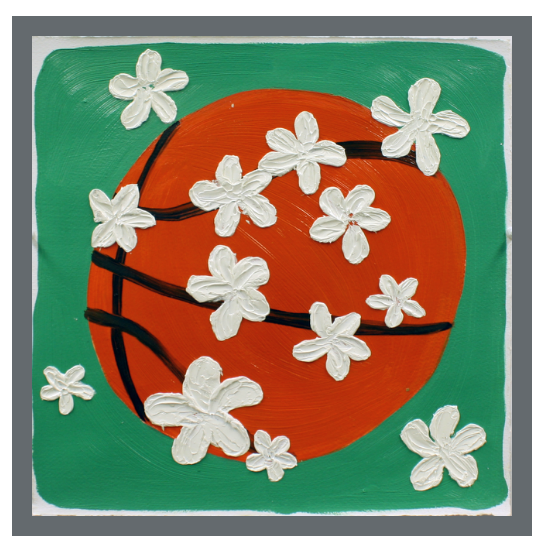 Join Northwestern’s Art Theory & Practice graduates as they celebrate the opening of their MFA thesis exhibition, Age of Consent. This exhibition features the work of Angela Lopez, Laura McGinn, Emily Cruz Nowell, William Schweigert, and Rambod Vala. It is the culmination of the course of study leading to the Master of Fine Arts (MFA) degree at Northwestern. The students will be on hand to discuss their work and artistic practice.

Visitors are invited to bring a bouquet of flowers (ideally tulips) in exchange for an artwork by William Schweigert.

TED Talk Transcript: How to Manage for Collective Creativity 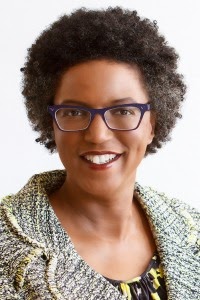 Linda Hill is my new hero, read all about her here http://collectivegeniusbook.com/authors/#Linda

This is such an imperative read for anyone working on making their leadership style better in ever way, regardless of the team you are leading.

Watch her TED talk on How to Manage for Collective Creativity or read the transcript below.