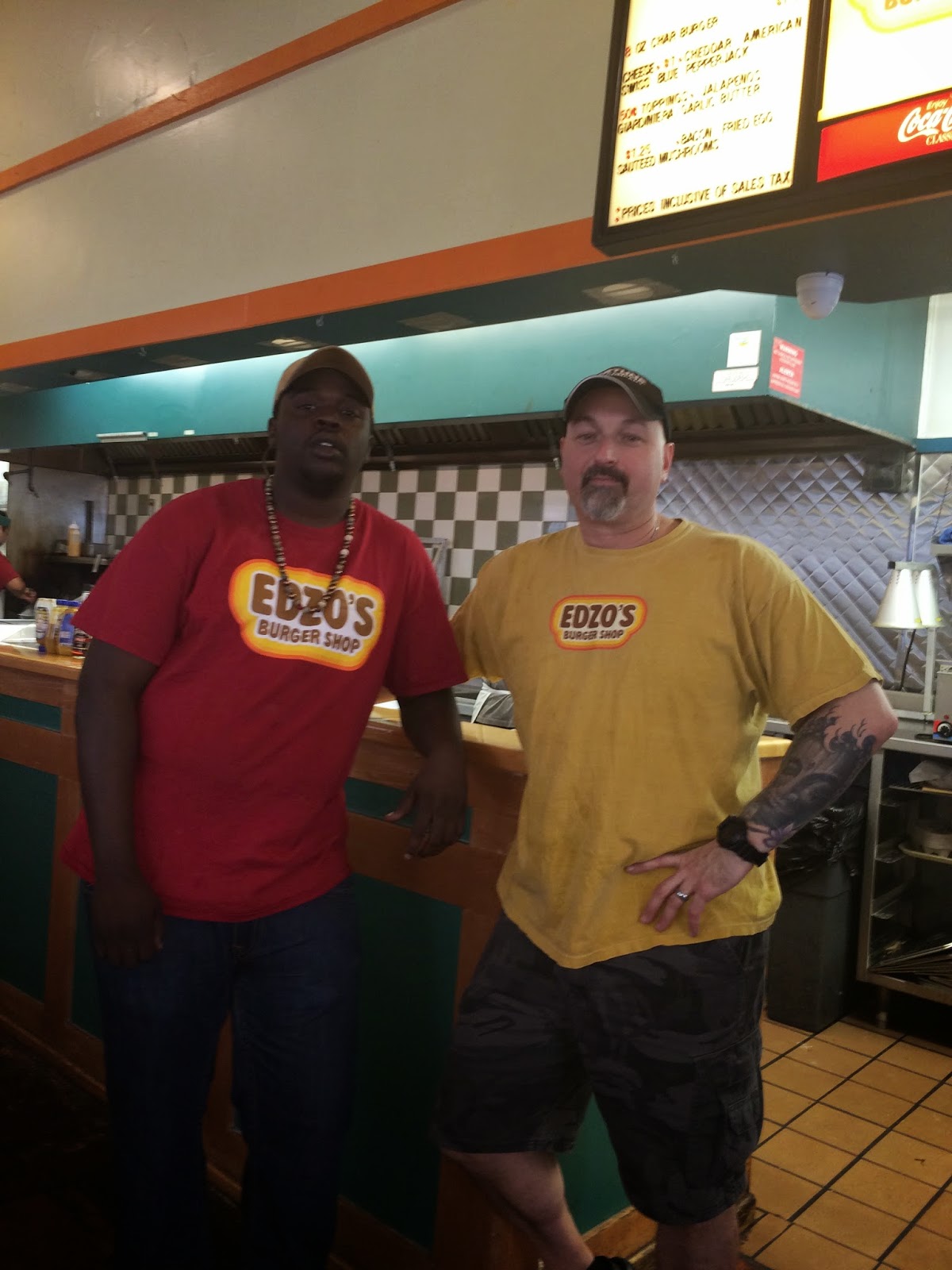 From Patch.com
Evanston’s Curt’s Cafe will honor Edzo’s owner Eddie Lakin with Curt’s Cafe’s first “Life Changer Award” at it’s Second Annual Gratitude Bash on Saturday, November 1 from 7 p.m. to 10 p.m. at Northwestern University’s Alice Millar Chapel.
Lakin is being honored for his commitment to hiring Curt’s “graduates” to work in his popular burger joint and giving them a chance to change their lives. Lakin currently has five Curt’s grads on his payroll.
Several months ago, Curt’s Cafe founder Susan Trieschmann and Edzo’s owner Lakin met for the first time when they and some of their staff members found themselves at side-by-side booths prepping and peddling their respective culinary creations at a fundraiser for the Center for Independent Futures. On November 1, Curt’s Cafe, and Evanston Cafe that provides job and life-skills training to at-risk youth will honor Lakin of mouth-watering burgers, fries and shakes fame, for his strong support of Curt’s at its second annual Gratitude Bash at the Alice Millar Chapel in Evanston.
According to Trieschmann, whose two-year-old Evanston cafe provides job and life-skills training to at-risk youth, “Eddie stood next to us all day watching our students make food and interact with customers. Last December, we approached him at Edzo’s about hiring some of our students and he and his manager were willing to give our guys a shot. Edzo’s had just started staying open for dinner, and they hired our Justin, Cliff, and Tevin at the same time.” The three Curt’s graduates are still there along with two more Curt’s hires. And that’s a win-win for Curt’s and for Edzo’s.
Visit Curt’s Cafe on any given day between 8 a.m. and 3 p.m. and you will find it packed with patrons—some communing with a computer and a cappuccino, others chatting and knitting on the comfy couches, and still others eyeing the displayed artwork while ordering Curt’s famous “green drink,” or a muffin, salad, soup or sandwich. People come for the food and friendly atmosphere.
But their visits mean a lot more to the 15- to 22-year-olds who cook, clean, bake, serve and staff the cafe. That’s because Curt’s, which Treischmann opened on Central Street in 2012, is first and foremost a job-training program where youth who have been incarcerated or who are at risk of incarceration gain restaurant and life skills—along with huge doses of love and support from Treischmann and a large number of intrepid and committed volunteers. Curt’s enrolls four or five students at a time who train for about three months, and are then helped with job placement and the transition into full-time employment. To date, Curt’s Cafe has “graduated” 32 young people, and has a waiting list far longer than the Cafe’s capacity.
Click here to read the full article.


For tickets to the Gratitude Bash, or to donate to Curt’s, go to http://bit.ly/1tXwFWB
Posted by The Lisa D Show at 9:47 AM